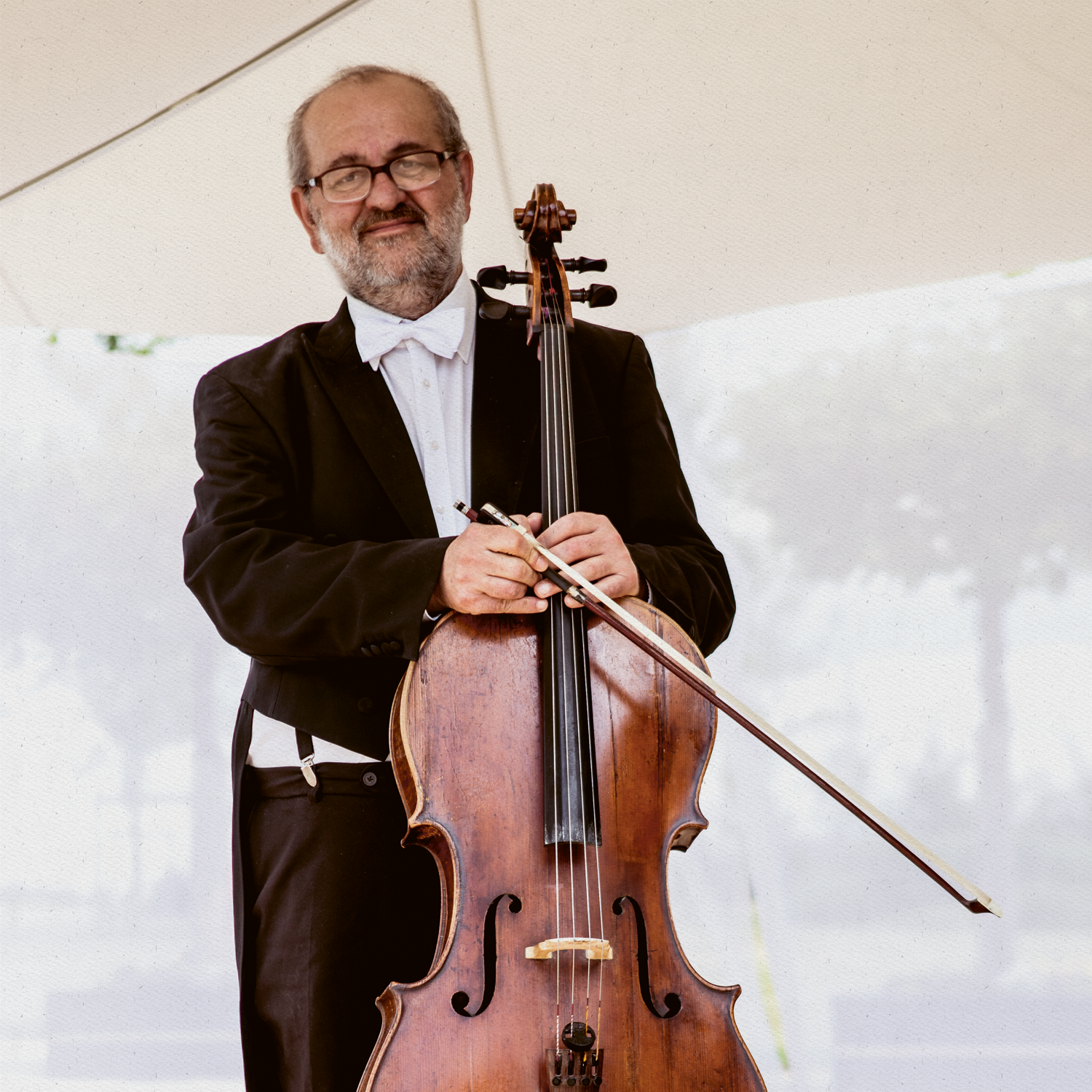 Zurab Shamugia was born in Tbilisi, Georgia. He studied the cello at the Music Academy Tbilisi and became the principal cellist of the Georgian Philharmonic Orchestra. From 1982 to 1985 he was a member of the Georgian State Piano Trio. As a soloist, he was invited to jazz festivals in countries such as Latvia and Estonia and as a chamber musician he played the cello in the Georgian String Quartet. One of the world’s foremost quartets, it was renowned for its numerous records and CDs, the prestigious award ‘Honoured Artists of the Nation’, and in particular, its collaboration with the composer Shostakovich. Surab Shamugia has held the position of principal cello of the Georgian Chamber Orchestra Ingolstadt since 1985. He also founded the Georgian Swing Duo together with Igor Loboda.